The Big Meeting on DVD 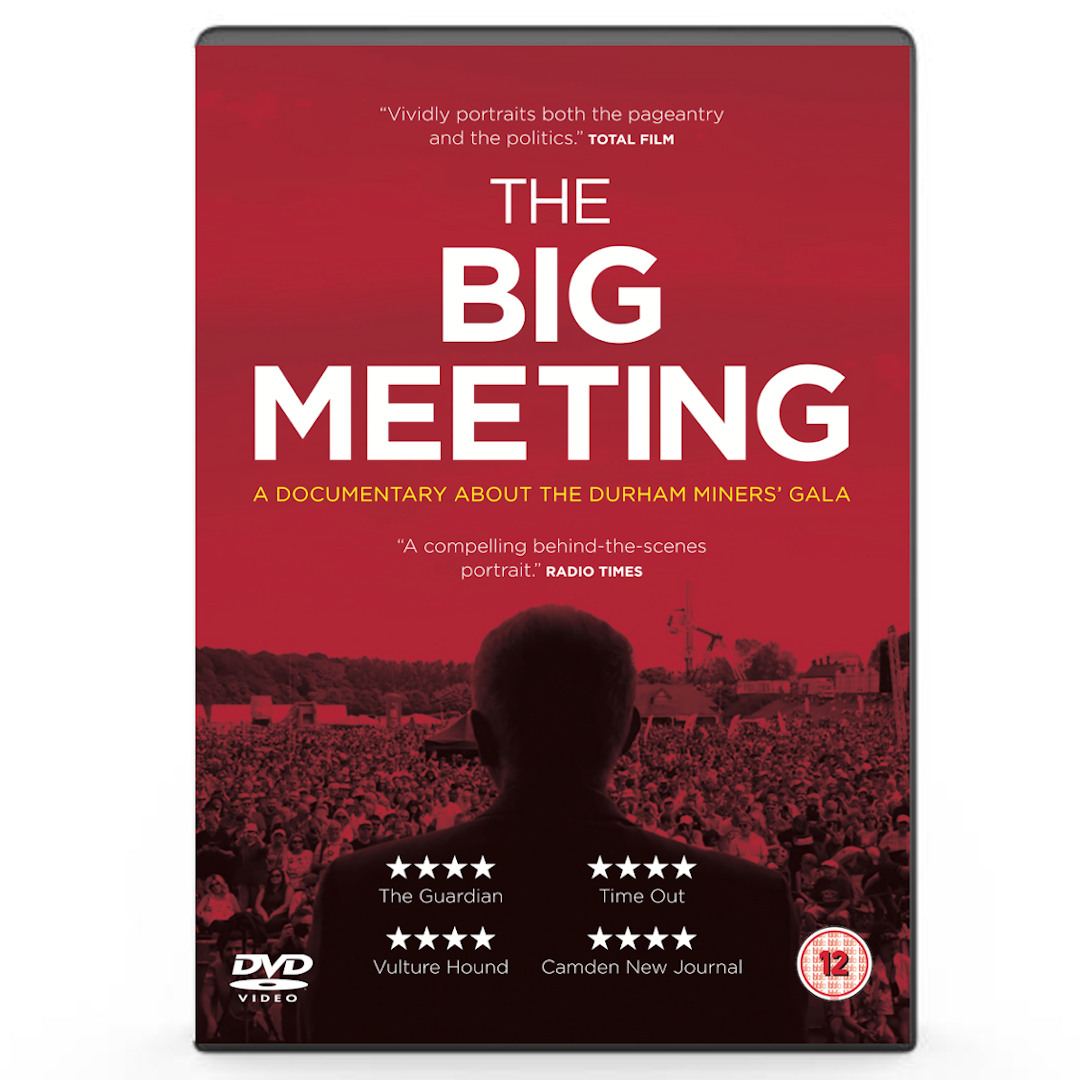 The acclaimed feature film about the Durham Miners’ Gala will be released on DVD in time for Christmas.

The Big Meeting has been a hit with critics and audiences during its nationwide run in cinemas.

Described by the Radio Times as a “compelling behind-the-scenes portrait”, the film explores the meaning and history of the Gala and follows some of the people who make it such an inspiring event.

Filmed at the 2018 Gala, production company Shut Out The Light were given full access to capture the event from all angles over the course of the day.

The film will be released on DVD on December 11, with a host of extras including deleted scenes, interviews and featurettes, and the option of subtitles.

Director Dan Draper said: “After a successful run in cinemas and great feedback across the country, I'm really pleased that people own their copy of The Big Meeting. I hope it serves as a memento of all that is glorious about the Durham Miners' Gala and encourages and inspires people to attend and support the Gala for years to come.”

The Big Meeting had its premiere at Redhills: Durham Miners Hall ahead of this year’s Gala and has gone on to receive a host of positive reviews, including 4-star ratings in The Guardian and Time Out.

Hosted by the Durham Miners Association (DMA) since 1871, the Gala has undergone a resurgence in recent years again becoming one of the region’s biggest events. More than 200,000 people now pack the streets of Durham every second Saturday in July.

For more than a century it was funded through the DMA by the miners of the Durham coalfield. Today, it is funded by Marras – the Friends of Durham Miners’ Gala who make contributions during the year.

For more information about The Big Meeting and to preorder your DVD copy directly from Shut Out The Light, visit: galafilm.co.uk