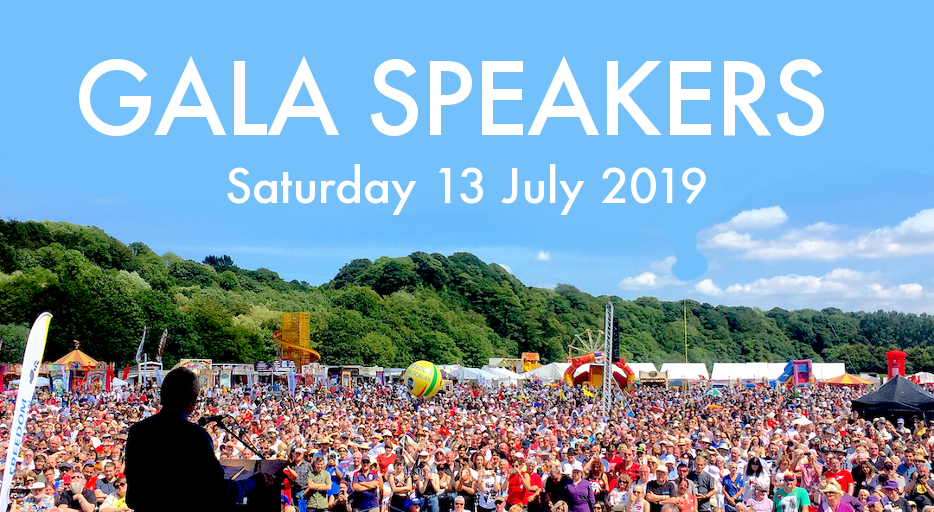 The platform speakers for the 135th Durham Miners' Gala have been announced.

The Big Meeting will be held on Saturday 13 July 2019, with the speeches on the racecourse getting underway at 1pm.

Durham Miners' Association Secretary Alan Mardghum, who will chair The Big Meeting for the first time, said: “In our 150th year, the platform reflects and reaffirms the founding principles of The Big Meeting. As our predecessors at the DMA put it: ‘the essential of the day is the renewal of our pledge to the cause of trades unionism. As at the first Gala, our speakers are all drawn from the labour and trade union movement. Each carries on the cause on which we were founded – socialism. We look forward to welcoming our speakers – and our other 200,000 guests – to Durham on the second Saturday in July.”

The continuation of The Big Meeting is only possible because of the contributions of our Marras – the Friends of Durham Miners' Gala.

We hope you'll all join us for the Durham Miners' Gala 2019.