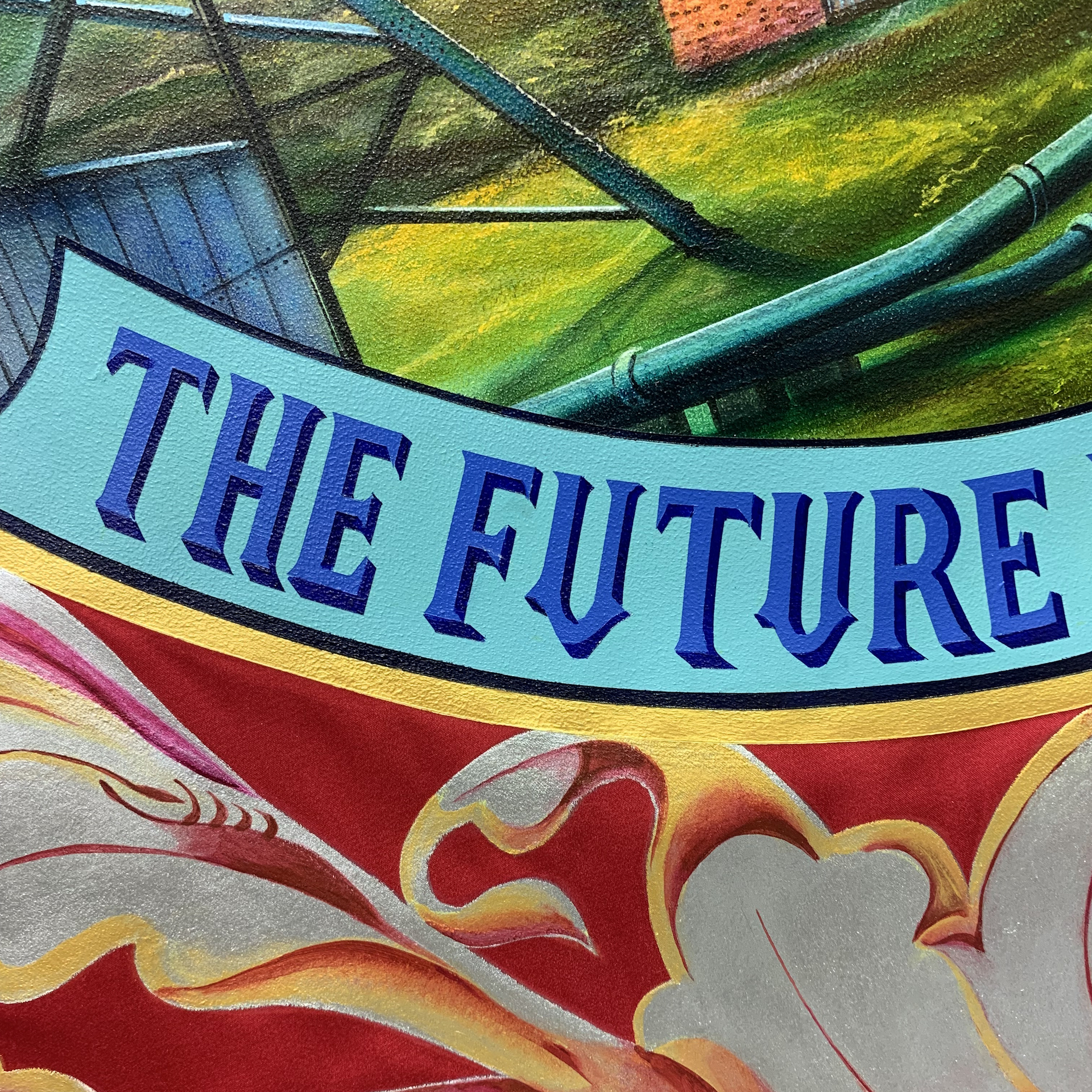 A group of volunteers who banded together to promote their mining heritage are preparing to unfurl a new banner for Murton (excerpt previewed above).

Elliot Dixon, Chris Nutton, Michael Rawlinson and Laura Dixon formed a new banner group to preserve the values of their community for a new generation.

“We got involved and have helped carry to old banner, but we set ourselves the goal of a new banner for Murton,” said Elliot, the banner group secretary. 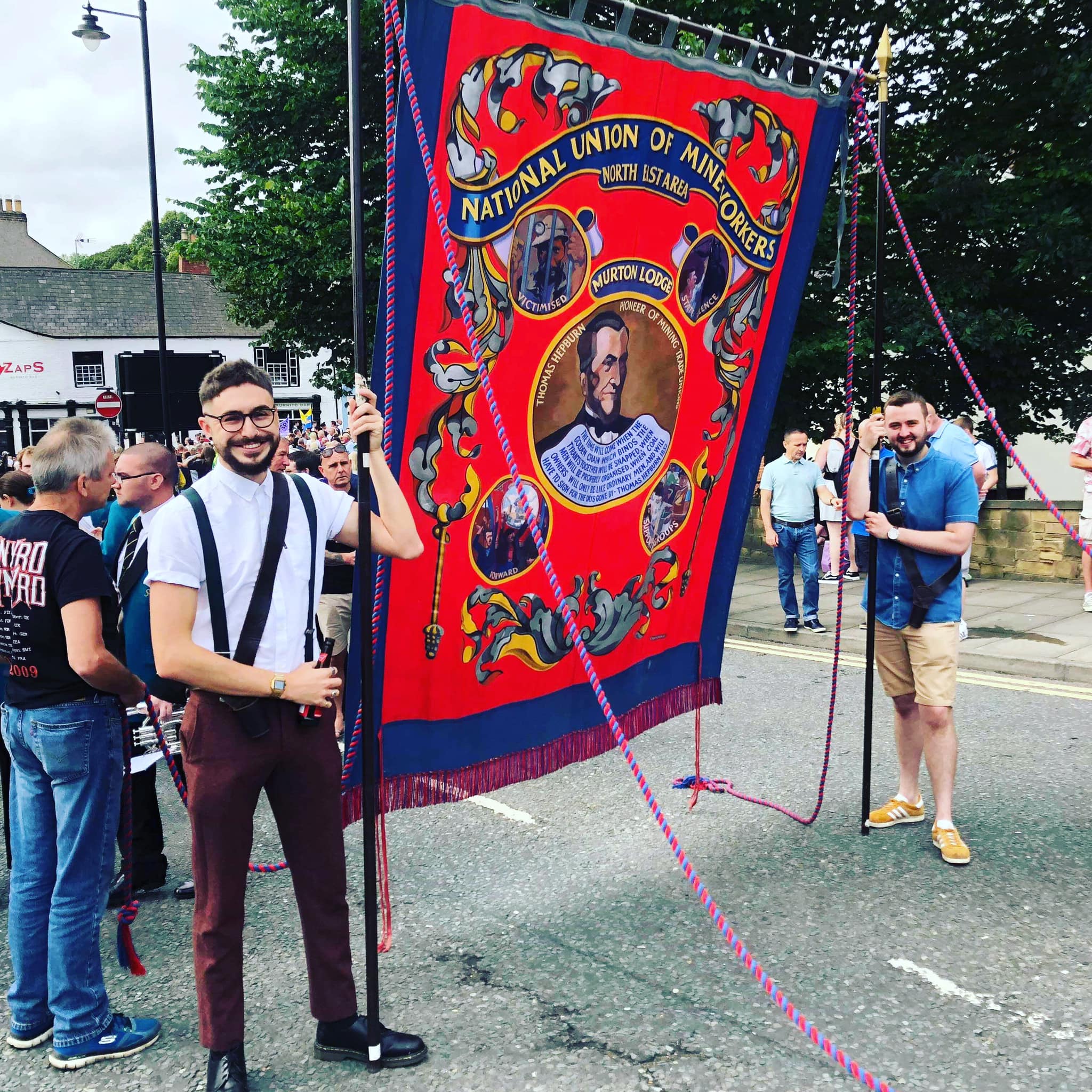 Chris and Elliot carrying the previous Murton banner at the Durham Miners Gala.

The group began liaising with former miners in the community, sharing ideas and raising money. When lockdown came, the mission went online as designs were shared by email and WhatsApp messages.

“We wanted to ensure the community and especially ex miners were involved throughout,” said Elliot. “This is about the values of the village and making sure they are passed on to the younger generation.”

The group was guided in its efforts by community stalwart and former mineworker Geordie Maitland.

“He’s been the ‘Master Yoda’ to our Jedi, helping us and keeping up on the right path!” Elliot said.

With the support of former county councillors Alan Napier and Joyce Maitland, the group secured the required funds and commissioned Emma Shankland from Durham Bannermakers to produce the banner.

“We’ve kept it traditional,” said Elliot. “The artwork is unbelievable.”

The new banner will be unfurled at a special event at The Glebe Centre on Saturday 27 November.

Beginning at 7pm, the event will feature live music from Dog in a Box, a raffle and speakers including Grahame Morris MP and DMA Secretary Alan Mardghum.

Tickets cost £5 and are available from The Glebe Centre and from the banner group via their Facebook page here.

All money raised will support the new banner coming into the Durham Miners Gala next year – 151 years on since the first Murton banner paraded at the very first Gala in 1871.

The new Murton group joins a movement of more than 60 banner groups across the Durham coalfield area. Banner groups formed following the closure of the collieries. Local people stepped up to care for and renew their community banners, a role that had been performed by the lodges of the Durham Miners Association.

Today, the groups work year round to raise funds for the banners and for brass bands. They are the backbone of The Big Meeting, bringing the colour and the music to Gala day. 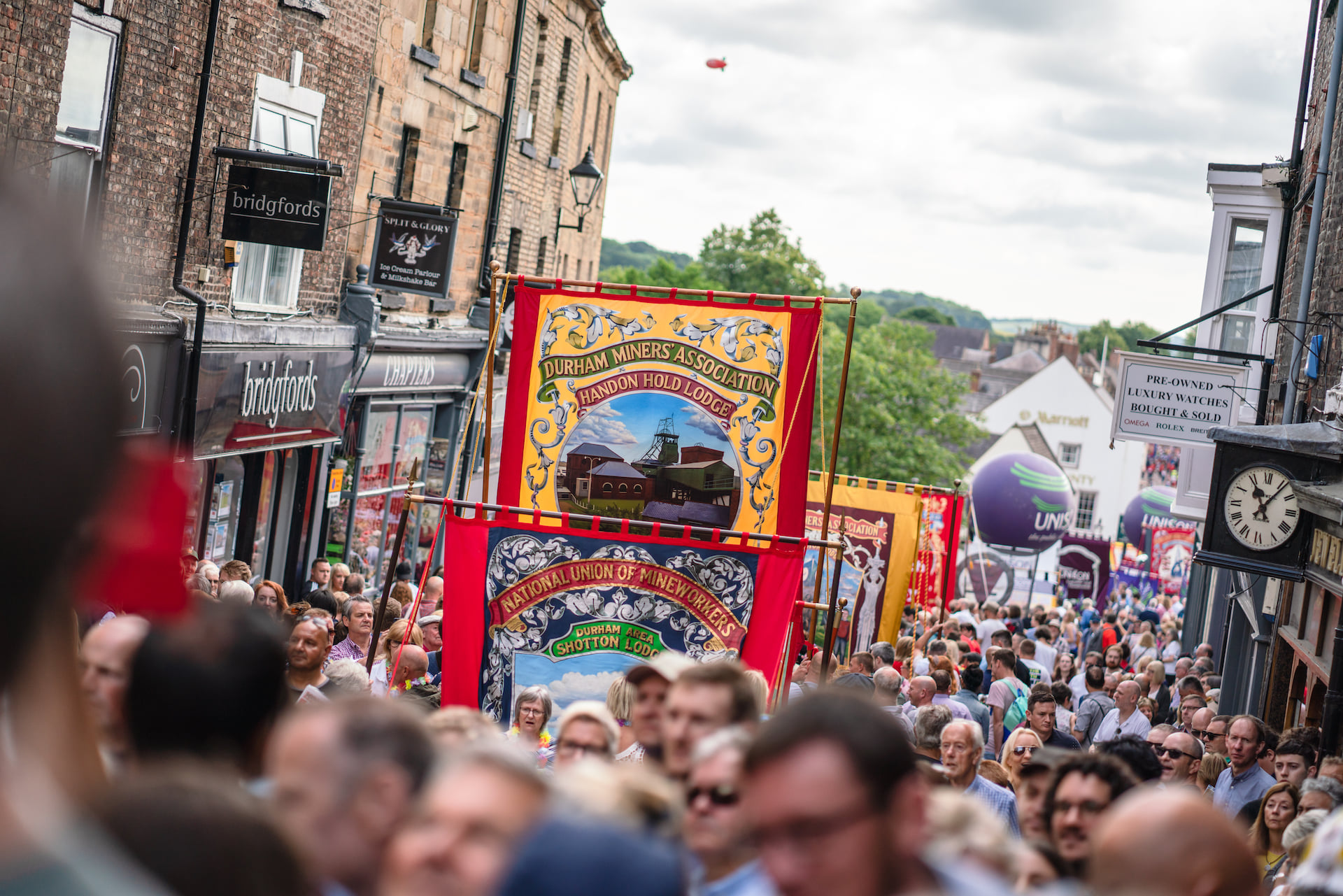