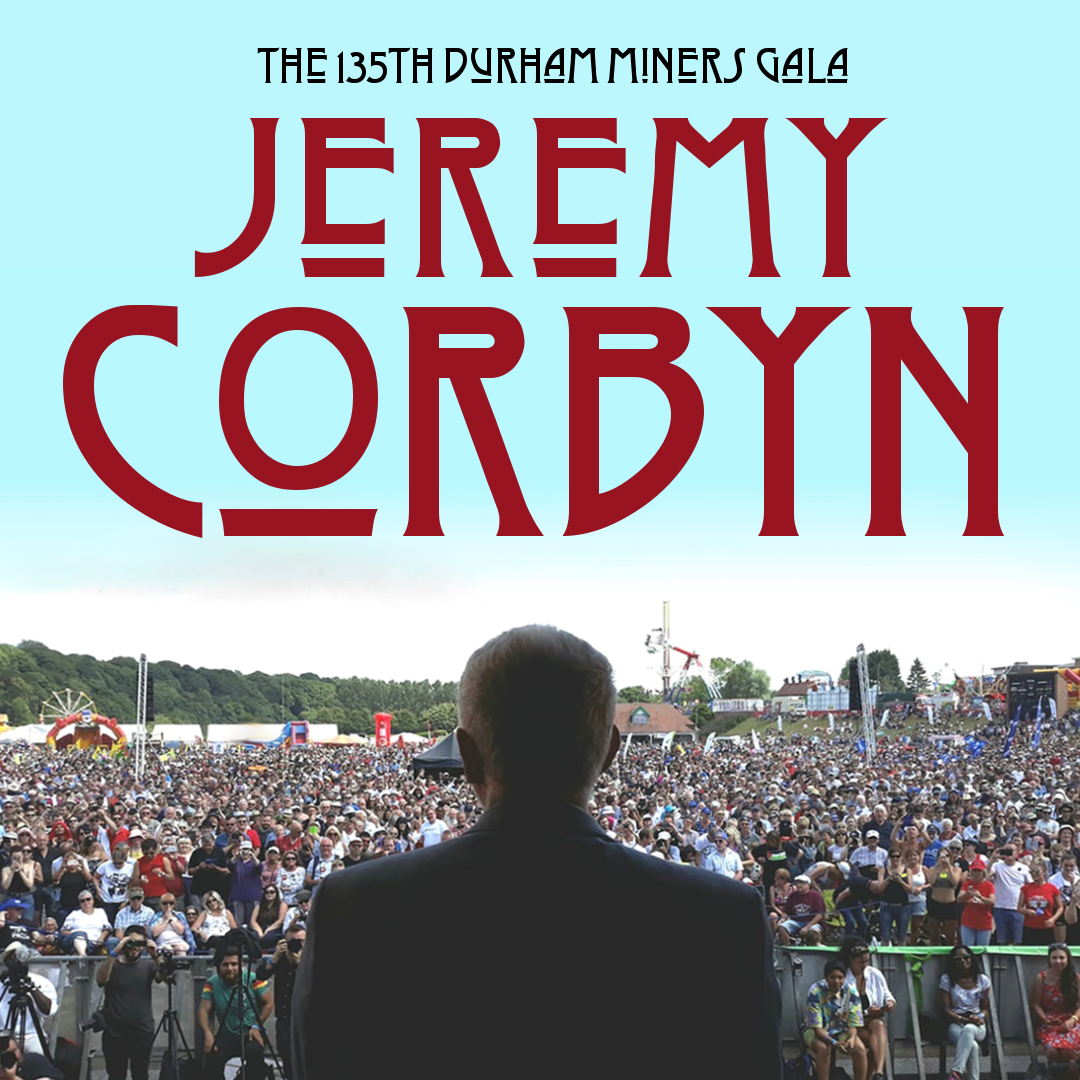 Jeremy has visited and spoken at The Big Meeting many times over three decades, including in each year he has served as Leader of The Labour Party.

Alan Mardghum, Secretary of the Durham Miners' Association, said: “We are delighted and proud that Jeremy Corbyn is returning to Durham again to speak at this year’s Big Meeting.

“Jeremy is the 15th leader of the Labour Party to speak at the Durham Miners' Gala. He continues a tradition that dates back to the first Labour leader Keir Hardie, who spoke at The Big Meeting in 1906.

“The Durham Miners' Association fully supports Jeremy’s leadership of the party and his ongoing and tireless efforts to secure a better future for our communities, and for working class people across our nation.

“We look forward to inviting Jeremy to speak at next year’s Gala as Labour Prime Minister.”