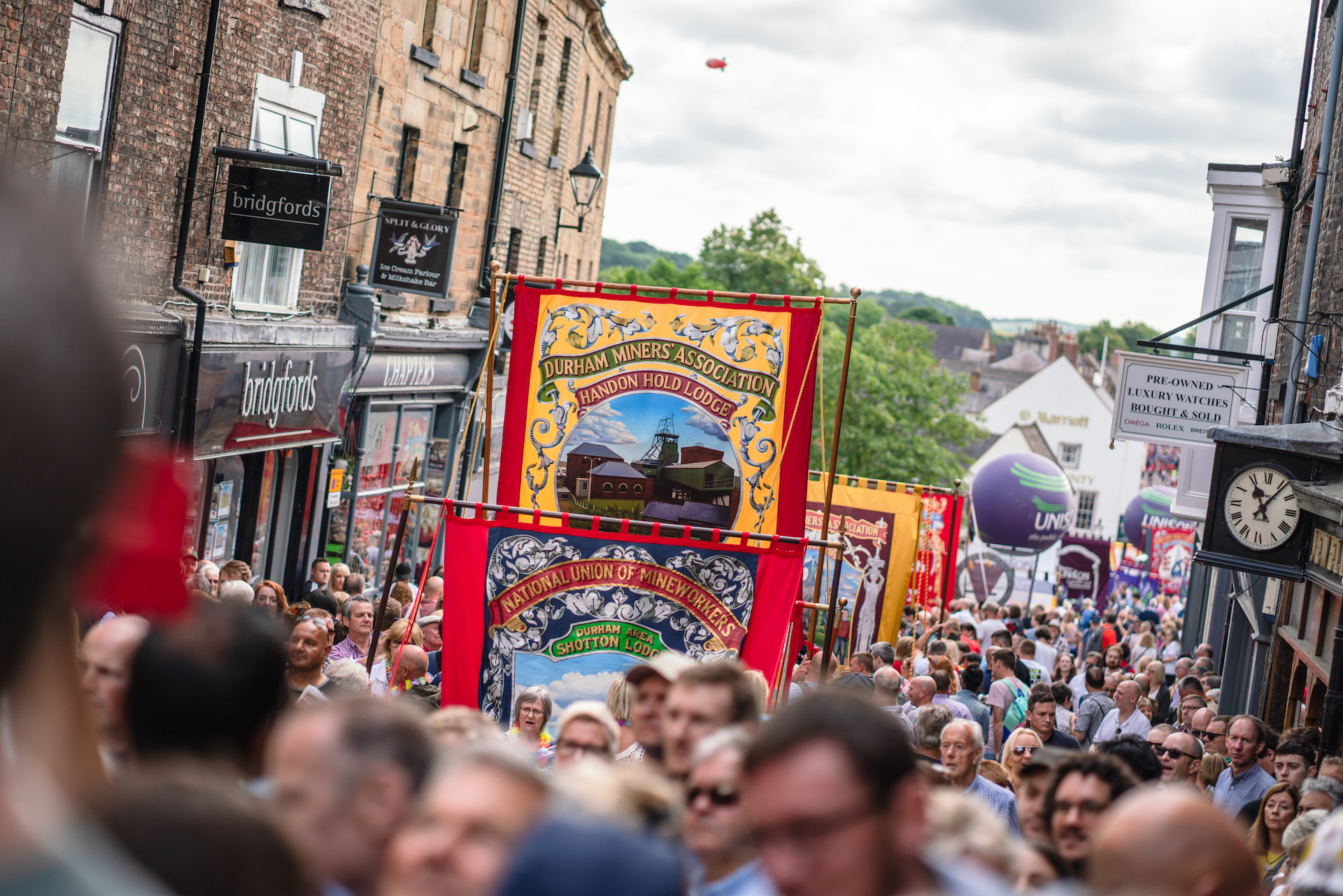 Communities across County Durham will come together this summer to celebrate the 150th anniversary of the Durham Miners’ Gala.

First held in 1871, the Gala has been cancelled for the second year running due to the Covid-19 pandemic. The 2021 Gala was due to take place on Saturday 10 July.

For a century and a half people from across the region have travelled to Durham for The Big Meeting, the annual celebration of community, solidarity and working-class life.

This year, a series of ‘little big meetings’ will be held in more than a dozen communities – from Greenside in the north to Shildon in the south – bringing people together in the spirit of the Gala to mark the event’s 150th anniversary.

It had been hoped events could be held on what would have been Gala day (July 10), but have been rearranged following changes to the government’s roadmap out of lockdown. READ MORE HERE.

Parade to Horden Welfare Park begins at 10.30am 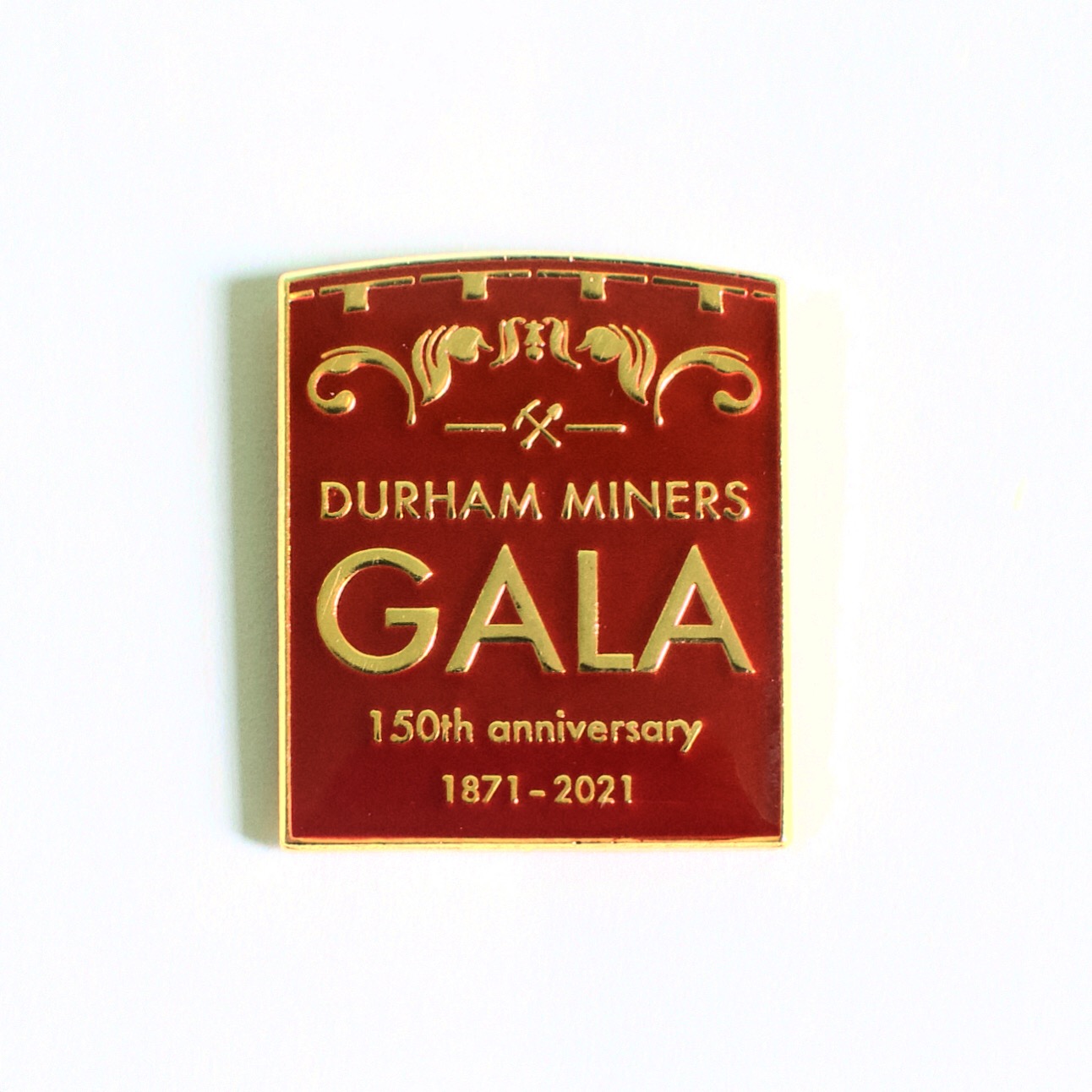 The 150th anniversary of the Gala is also being marked with a new souvenir enamel badge.

The deep red hard enamel badge in the style of a miners’ banner features detailing in raised gold metal.

The badge is priced at £5 including postage and packing.

All proceeds will go to the Marras – Friends of Durham Miners Gala to help fund the return of the Gala in 2022.