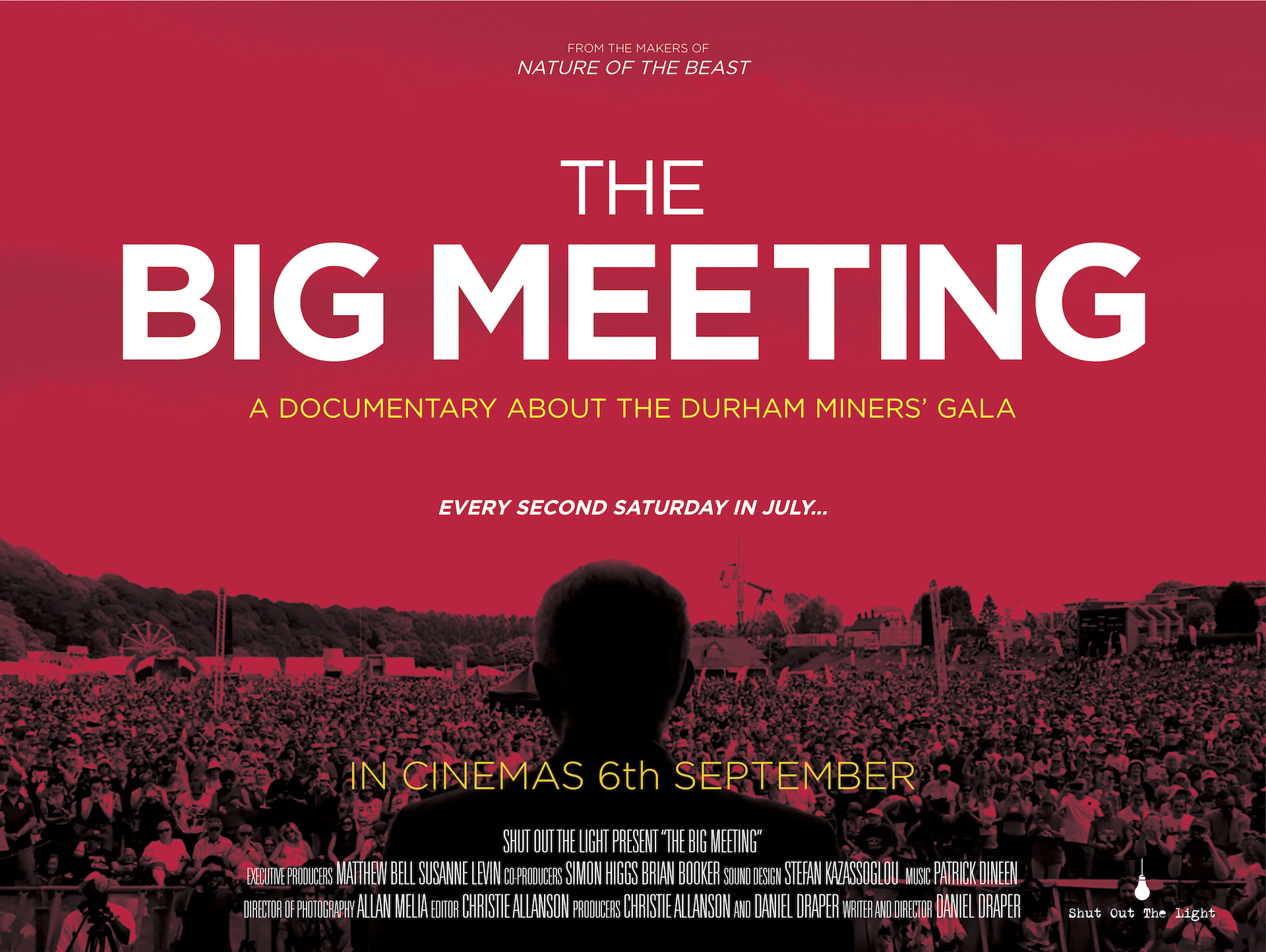 The new feature film about the Durham Miners' Gala is now on general release in cinemas.

Titled The Big Meeting, the film explores the meaning and history of the Gala and follows some of the people who make it such an inspiring event.

Following a sold-out premiere at Redhills: Durham Miners Hall ahead of this year's Gala, the film is now showing around the country - proving a hit with audiences and critics alike.

DMA Secretary Alan Mardghum said: "This film is a beautiful and powerful exploration of the Durham Miners' Gala and all it means. It deserves to be a great success."