Fundraising appeal after the biggest Gala in decades 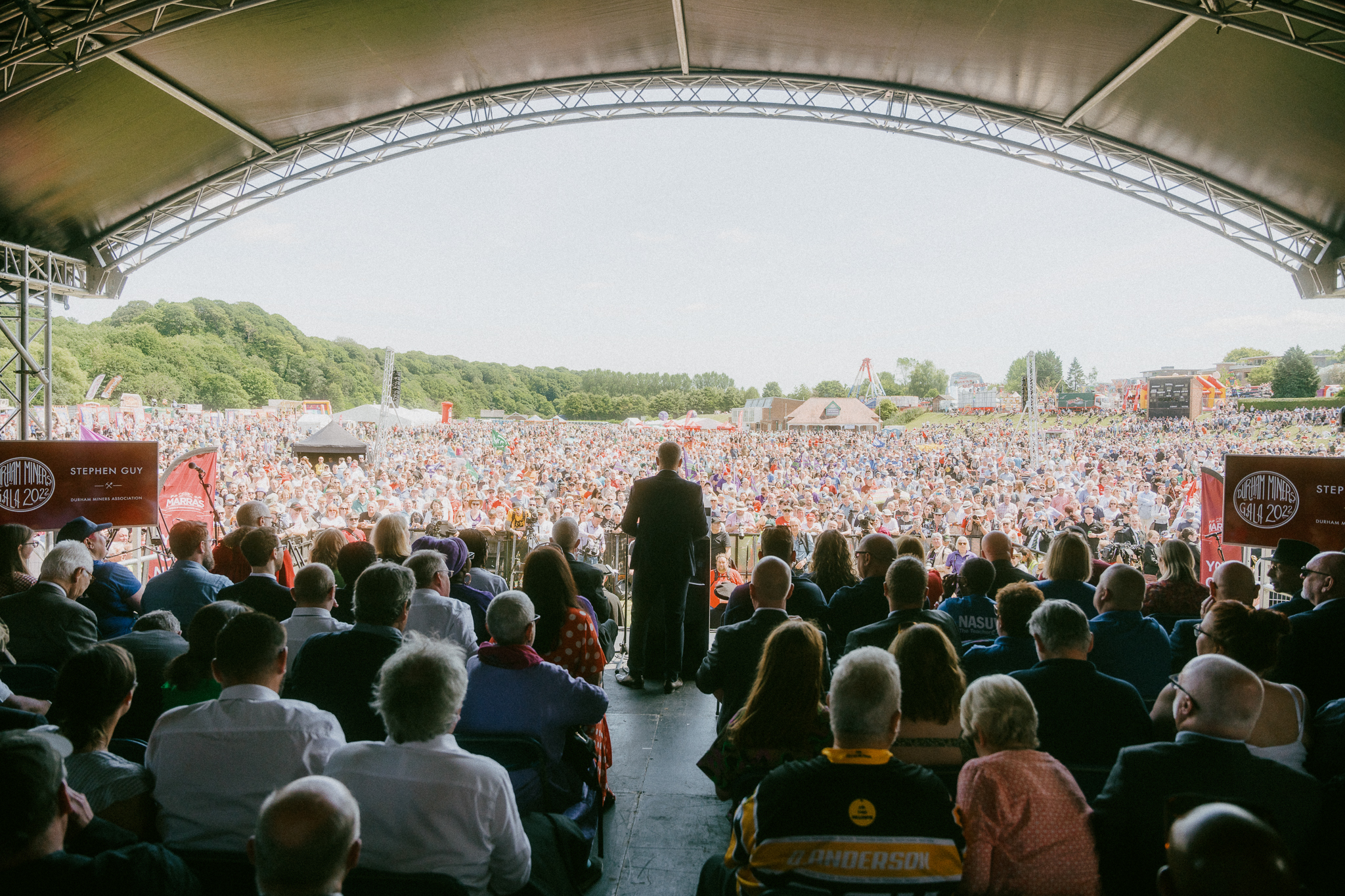 Organisers of the Durham Miners Gala have launched a major fundraising drive after the biggest Big Meeting in decades.

More than 200,000 people packed the streets of Durham and the Racecourse ground on Saturday for the first Gala since the Covid 19 pandemic.

A generation on from the colliery closures, more than 60 Durham miners banners and more than 50 brass bands participated.

“I haven’t seen it like this since I was a bairn,” was the take from those old enough to remember the Gala’s postwar heyday. 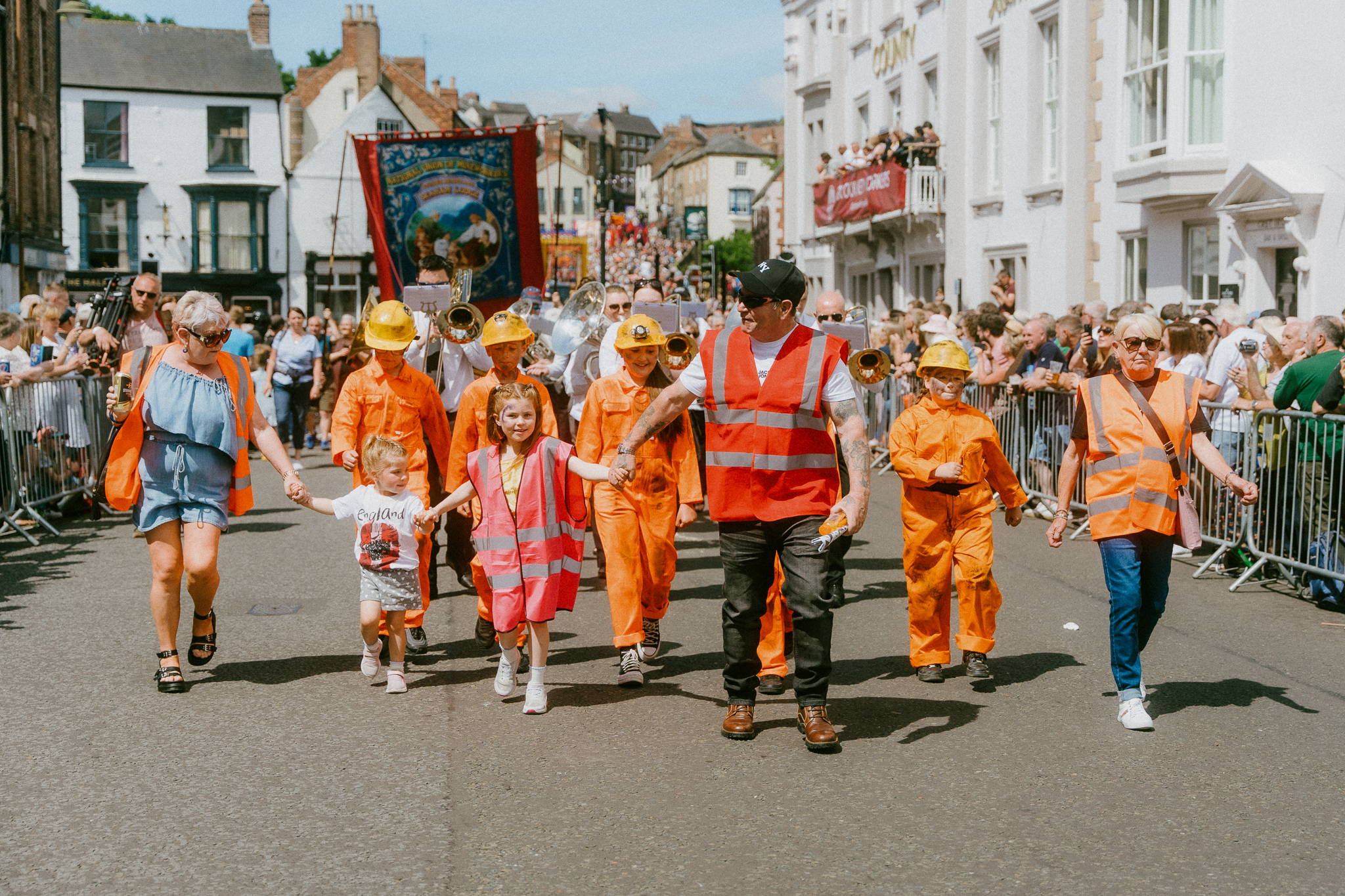 The costs of hosting this year’s Gala rose by more than £50,000 on 2019 and organisers expect this to rise even further for next year.

For more than a century, the Gala was funded by the county’s working miners through their subscriptions to their trade union, the Durham Miners Association (DMA).

Following the closure of the collieries, the DMA founded the Friends of Durham Miners Gala (FODMG). Today, the Gala is funded by the donation and subscription through FODMG. Those who contribute are known as ‘Marras’ – a Durham miners’ term for a trusted friend who can be relied on in times of need.

FODMG chair Dave Anderson, a Durham miner who became the MP for Blaydon, said: “This was a fantastic return for the Big Meeting – it was a Gala for the ages. We had more banners, more brass bands and more people than we’ve had for many years.

“The Gala is at the heart of the labour and trade union movement and of the cultural life of the county. It is also worth a fortune to the economy of the city and the region.

“Our costs are soaring and we need to build support now to fund the Gala in 2023. This Gala could not have happened without our Marras. No Gala could. But now we need more.

“I urge everyone who values the Gala to chip in – sign up and become one of our Marras today and help ensure the Gala is even better next year.”

Bookings are now open for the official Gala campsite for next year. In a quiet countryside setting at Houghall College a short walk from the festivities, the campsite has earned rave reviews in 2022. All proceeds go to help fund the Gala.